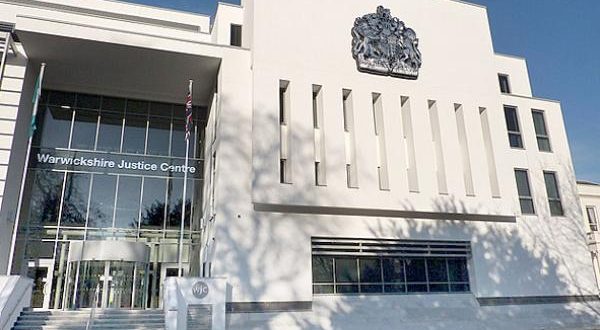 Members of a paedophile ring, who sexually abused a vulnerable boy, have been jailed. The boy turned to prostitution after running away from care in Leicestershire. The paedophiles were handed prison sentences ranging from 3 to life for a string of sex offences on the boy between 2009 and 2011.

Warwick Crown Court heard the main victim ran away from care and was missing for 11 days before he was found at the home of a pimp named Stephen Kelly. Kelly befriended the vulnerable boy in the gay red light area of Birmingham, after he picked him up from New Street Station, and he groomed the boy for prostitution.

Judge Sylvia de Bertodano told the paedophiles: “Each of you in your own way was exploiting this vulnerable boy, and are therefore in part responsible for his situation now as a young man struggling to get his life back together, who finds himself unable to escape from the legacy you have left him.”

Judge Sylvia de Bertodano spoke of victims in the case, she added: “Their stories are tragic examples of how vulnerable children have been let down by the authorities over the years.”

Stephen Kelly, 39, was jailed for 8 years after being convicted of two charges of arranging or facilitating the prostitution of the boy and one of sexual activity with another man in his presence.

Kevan Tudor, 55, pleaded guilty to arranging or facilitating the boy’s prostitution and two charges of penetrative sexual activity with him, posed a danger to young boys in the future. Tudor was jailed for 9 years.

Peter Joynes, 58, has been jailed for 4 years after being convicted of arranging the boy’s prostitution and sexual activity with him.

Tahir Hussain, 34, was convicted of sexual activity and penetrative sexual activity with him, after what the judge said had been relentless grooming, and was jailed for 7 years.

Alan Priest, 63, and Ashley Sherrington, 24, were both found guilty of raping and orally raping the boy, while Priest was also convicted of penetrative sexual activity with him. Priest, had previous convictions for sexually abusing teenage boys in 2004 and 2012. Priest was given a life sentence, and ordered to serve a minimum of 7 years before he can apply for parole. Sherrington was jailed for 9 years.

Ian Prestleton, 54, was convicted of sexual activity with the boy and was jailed for 3 years.

Robert Bailey, 27, and Michael Godbold, 57, were both found guilty of arranging or facilitating the boy’s prostitution, sexual activity in the presence of a child, penetrative sexual activity with the boy and making indecent photographs of him. Godbold was jailed for 11 years and Bailey was sentenced to 7 years as the judge said he played a secondary role.

Former Warwickshire Police special constable Ronald Potter, 79, was cleared of sexual offences against the boy but was convicted of sexual assaults on a 15 year old in 2002.

All of the member of the paedophile ring were ordered to register on the Sex Offenders Registry for life, and made subject to sexual harm prevention orders and restraining orders.