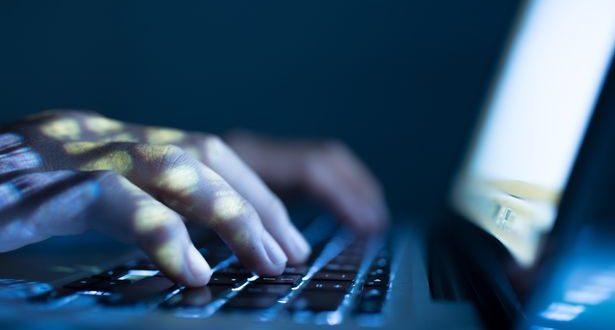 A number of groups are operating across the country. Some have been credited with gathering evidence which has led to men being convicted in court of grooming offences.

The groups argue they are assisting police by bringing dangerous offenders to justice at a time when force budgets are being cut and officer numbers are falling.

However, Det Insp Orton has revealed their activities are potentially hampering police investigations and accuses some groups of being driven by a hunger for online celebrity and cash.

Their methods, which typically involve outing suspects online before they can be arrested, mean offenders often have time to destroy evidence of the grooming and other serious offences against children, he said.

He told the Leicester Mercury he is aware of cases which should have gone to court but have not done so because the paedophile hunters’ shared their video evidence online before their suspects were arrested – rendering it inadmissible in court.

His unit is currently arresting a suspect – including online groomers and paedophiles who possess indecent images of children – every two days. In the past six months, his team has executed more than 100 search warrants.

More than 90 per cent of those warrants, which are granted by the courts, result in charges.

He said: “We can do what these people do, but we do it a lot better.

“These groups are not doing us a favour.

“For some of them it is all about self-promotion, for others it’s about the financial gain from sharing their videos on social media.

“There is no accountability with these groups.”

Typically, paedophile hunters pose as teenage children on social networking sites and their adult decoys converse with men until they believe they have evidence the men are sexually attracted to children.

They agree to meet them in public places, where they reveal their real identities.

Some post footage of their confrontations online before passing their material – including transcripts of online exchanges – to police.

At least one group, in Kent, ‘live streamed’ a confrontation on Facebook. The encounter descended into violence. A suspect was however arrested on suspicion of a grooming offence.

Others blank out suspects’ faces and only reveal their suspects’ identities when they have been convicted of the offence of grooming.

Det Insp Orton said: “Paedophiles are not hard to find but they can be difficult to prosecute, particularly if they are very IT savvy.

“We certainly lose cases because the way the evidence has been gathered by these groups is compromised or we don’t get the cooperation or statements we need from the paedophile hunters when we ask for it.

“We have the same conversation with these people every few weeks.

“We appeal to their better judgement and ask them to take down something they have posted online and explain that the footage will compromise the case.

“Sadly, a lot of the time, we do not get their cooperation because they cling to their set of beliefs that what they are doing is right.

“There is always risk they are disrupting ongoing covert police investigations into more sophisticated paedophile networks.

“They only look at what is in front of them. We look further back into a suspect’s history and may uncover more serious offending.”

Officers in the Paedophile Online Investigation Unit are responsible for investigating suspects while at the same time taking action to deal with the risk of them taking their own lives, Insp Orton said.

“With investigations of this nature there is always going to be a high risk of suicide,” he said.

“The suspects are more often than not outed on social media.

“We have to be mindful of that and protect the suspects and their families from threats which may be on social media.

“There are no such provisions in place with the paedophile hunters.

“Also, we have a care plan in place for our investigators. They do a very difficult job and are exposed to obscene images and chat.

“I don’t imagine any such provision exists for paedophile hunters.”

Det Insp Orton was speaking as part of the Leicester Mercury’s Safe Online campaign, which is highlighting Leicestershire Police’s efforts to protect adults and children from the range of threats which exist online.

The campaign is also highlighting the work of the charity Warning Zone, which has set out to raise £250,000 to buy and equip a vehicle to travel the city and county spelling out to children and young people how they can stay safe online.