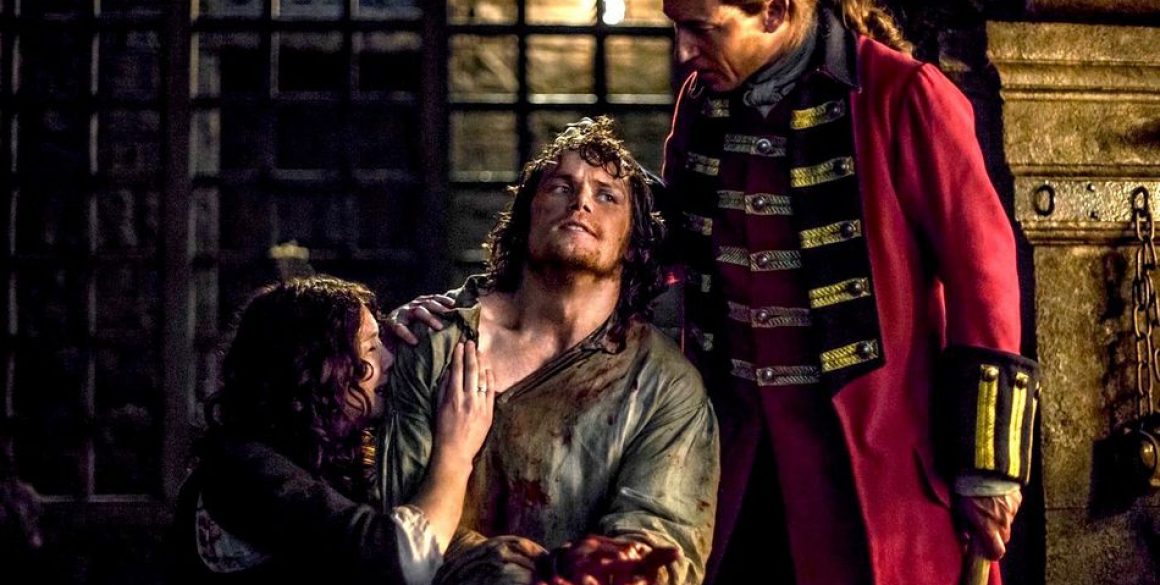 [heading_block]Storylines featuring male sexual assault victims on television are changing what many people think of the crime.[/heading_block]

Fans of the Starz drama Outlander won’t soon forget one particularly emotional scene from earlier this past season, when Jamie (Sam Heughan) explains to his wife (Caitriona Balfe) that his pain and suffering from the sexual assault at the sadistic hands of Captain Black Jack Randall (Tobias Menzies) is not close to being over for him.

What’s revolutionary about the Outlander storyline is that the sexual assault victim is male — and also a lead character in a popular television drama. Additionally, the repercussions of the abuse and emotional ramifications are not being resolved in a swift 42 minutes or even a short-term arc — in Outlander’s case, the ramifications are dealt with in nearly every episode, a full season later. Reflecting reality, the pain that the victim experiences is something that doesn’t have an expiration date.

Besides Outlander’s current storyline, ABC’s American Crime and NBC’s Game of Silence are two other shows where stories of male sexual assault are not B or C plot points but actually part of the spine of an entire season of episodes. No longer a ‘very special episode,’ a story about male sexual assault victims has broken free of the stigma it may have once had and is being portrayed as deeply and honestly as similar television plots about female assault.

“[Sexual violence] is a crime that affects people of all ages and genders and having male survivors being represented in television is a really promising development,” says Katherine Hull Fliflet, Vice President of Communication of RAINN (Rape, Abuse, Incest National Network). “I think it’s also one that has increased coverage and increased attention for male survivors that we’ve seen on a whole.”

Perception of the Male Victim

While male sexual assault victims stories have various points of focus, one of the story points seen on American Crime is how others perceive the male victim and how there’s a lack of understanding — which only increases the amount of shame the victim may be feeling.

In a scene from the series, teen Taylor Blaine (Connor Jessup) talks to an off-screen therapist about how things are going since friends, family and classmates have been made aware, against his wishes, of what happened to him.

One student’s mother (played by Regina King) says dismissively upon hearing the news, “boys don’t do that to boys,” a statement that mirrors the notion many people have about male rape victims. In the context of this series, the idea that one teenage boy could rape another teenage boy could be perceived as far fetched to some characters but, in reality, it’s something that unfortunately happens more than many realise.

The second season of American Crime was originally going to focus on a female rape victim, but research pointed the writers in a different direction, said Sonya Hoffman, who wrote the third episode of the season.

“In having multiple conversations, it was very clear that there are so many sexual assaults, male-to-male rapes, specifically peer-to-peer and so we thought, ‘Where’s the voice for these men? Some of them young men? Where is the voice?’”

According to statistics provided by RAINN, one in six men have experienced sexual abuse before the age of 18. However, one report from 1in6.org suggests the number is probably higher because, “males who have such experiences are less likely to disclose them than are females.”

“If I was a girl…people lose their minds when something happens to a girl,” Taylor says to the therapist. “They have rights groups, supporting groups, lesbians hating on guys… but a guy?”

In the course of the story, once news gets out of the alleged assault Taylor is fodder for social media trolls and feels that the majority of people are making fun of him instead of sympathising with what he claims happened to him.

That same shame the victim experiences is a large part of what drives the action of NBC’s Game of Silence. In that series, a group of thirty-something men reunite and revisit the multiple sexual assault crimes endured when they were teenagers in a detention centre. When they were teens, the boys vowed to never speak of what happened to them (hence the show’s title) but when the past unexpectedly comes into their present, they’re forced to deal with their feelings about what happened, often to catastrophic, dramatic effect. (Game of Silence was canceled by NBC after its first season.)

For the many series that worked hard to get the male sexual assault story right, another missed the mark in a big way and only exploited the act, drawing criticism. American Horror Story: Hotel last October kicked off it’s premiere episode with a grizzly rape that naysayers quickly responded to.

Only when Greenfield dutifully listens to Sally’s command and says, “I love you, Sally” does the rape (and, seemingly, the character’s life) end. The only follow up is later seeing Gabriel’s eyes open and him gasp for air, which seems to imply that he’s crossed over into the dead souls that occupy the hotel.

Regardless, the rape of Gabriel isn’t shown as anything other than a way to show how horrific the Demon and addiction both are.

The manner in which Gabriel’s rape is handled goes against what RAINN says is the responsible way to portray sexual assault.

“We’d like to encourage additional portrayals when the portrayal or the sexual assault storyline continues,” suggested Fliflet. “It shows how the character is dealing with the assault or abuse or having an impact on their mental health, or their relationship or other aspects of their life. [This] is a very multifaceted issue.”

The Male and Female of it All

While rape may be a recurring, horrific trope used irresponsibly on American Horror Story, creator Ryan Murphy doesn’t always get it wrong, as he proved on his Fox series, Glee. In a 2013 episode, teen characters Kitty (Becca Tobin) and Ryder (Blake Jenner) were both revealed to have been survivors of sexual assault. RAINN’s Fliflet explained how that particular episode “showed two characters that viewers were familiar with and showcased how they had gone through very different experiences, but they are both survivors and both had impacts of trauma and similar barriers in coming forward.”

Like the characters in the respective shows, viewers not only learned about sexual assault but, if they are victims, possibly also found healing and help in the stories as well. The fact that the number for the National Sexual Assault Hotline received record calls after the Glee episode shows just how universal the topic is.

The stories on Glee, Fliflet explained, “can really empower viewers to take their first step towards recovery or in some instances even help to shape their perception of the issues of sexual violence and in some instances even further their understanding about their role in preventing these crimes and supporting survivors.”

In the end, Fliflet said there is importance in portraying all stories of sexual assault and, in doing so, spreading awareness and giving voice to those who have been silent about what they’ve endured. The fact that male victims are being utilised more in shows like Outlander and American Crime is a step in the right direction. They are great example for other television writers to demonstrate how to tell a solid story but also portray it realistically — and perhaps provide some solace for those viewers who have shared experiences.

“It’s my hope that we’ll continue to see the same level of diversity with male survivors and helping to expand people’s understanding that there’s not just one circumstance in which male survivors are victimised or hurt in that way,” Fliflet says.

Viewers may be encouraged to know that RAINN is very involved with many television writers and show-runners to get the details right.

“We’ll get on the phone with planners and brainstorm or connect them with our experts here so you get insight about the particular aspect that they’re interested in covering,” Fliflet said. “We’ve even connected writers with survivors who have gone through an experience that mirrors the character’s experience, so they can really make sure that they’re tapping into reality.”

The bottom line is that if told thoughtfully and thoroughly, the cluttered landscape that is television can still tell powerful stories that not only entertain but also inspire and help.

This article was written by JIM HALTERMAN for mashable.com

For support on male sexual assault victims or if you know of anyone who has been affected, please contact First Step.

«
Male Survivors of Child Abuse»
Male Rape Is Real – Men Are Victims, Too